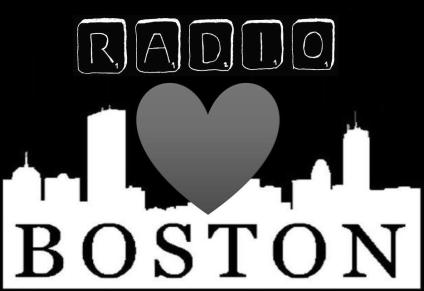 Like most Boston residents, I’m still wrapping my head around the attacks on the Boston Marathon this past Monday. At this moment, I’m home from work because the city has been shut down while the authorities hunt down one of the suspects.

Tuesday, the day after the attacks, I went to work, and afterwards had practice with the new band I’m playing with. We spoke before hand and agreed that having practice was the right thing to do. Feeling normal is important. All cliches aside, music also heals. Sure enough, practice felt good. We even took a few moments to debrief the events of the previous day. It made sense. Coincidentally, it was a great practice and we finally felt like we were at a point where we could perform a few of the songs out. We’re close to having a full set and a name (no, we don’t yet have a name).

Serendipitously, we found there were a few minutes of space for us on a bill to benefit victims of the attack. All of the proceeds from the show will goto benefit One Fund Boston. (Donate or read more about the fund.) The details are in brief below and the full line up can be found in the Facebook Event. There’s a $20 suggested donation that gets you 20 bands, free grub, 1 free PBR, and a raffle ticket. Loosely, the upstairs will be 60s/garage/rock and the downstairs will be punk and ska/punk. Not bad for my first gig in town as a Boston resident.

We’re currently being billed as “The Limits, Boston’s Newest Ska Band.” Besides being taken, the name is just temporary. We needed to be listed as something. We only hope to help contribute to the event, both by bringing more people, but also by contributing some fresh ska sounds. We hope to have some demos for download and streaming in the next couple weeks.

I highly recommend checking out Death Waltz ’76 in advance of the show I’ve seen a few times already since moving to Boston.

And I understand that members of The Fantastic Liars put the show together; Thanks to them for their efforts.