Once upon a time, it was fairly standard for a band to appear at a record store while on tour. They might perform in some capacity, they might just sign records. They were typically seen as great opportunities to connect with local fans and obviosuly boost sales for both the artist and the record store. As physical music sales took a dive, so did the frequency of these once common in-store appearances*.

This past April, my band The New Limits was involved in a promotion between Boston Scene Party, a collective of music web sites, and Sound Lion, a high-end audio store in Harvard Square. END_OF_DOCUMENT_TOKEN_TO_BE_REPLACED

Mutiny on the Microphone is a podcast that features music from the New England area. I listen regularly and I always walk away learning about a new band or two that I want to check out. Host Adam Blye adds his commentary and helps fans stay connected to the bands. He often has guests on his show to include band members, other area bloggers, and folks involved with the local music scene. I was his most recent guest as part of the partnership between Boston Ska (dot) net and Boston Scene Party. END_OF_DOCUMENT_TOKEN_TO_BE_REPLACED

The song “Next Generation” first appeared on the 1998 self-titled self-released Pilfers album, listed simply as “Generation.” The chorus is a call to action: “Time to awake, get up and fight, fight for mankind, life for the cause.” The first verse recounts humanity’s attacks on itself. Verse two reminds us of our rights and responsibilities while holding us accountable for that which happens around us:

But if you turn a blind eye, You’re just as guilty as the culprits.
The innocent are sure to die, so rise up against injustice.

17 years later, the band produces a music video for the song. The video juxtaposes footage of America during segregation with footage from recent Black Lives Matter protests; it contains footage of the 1991 beating of Rodney King as well as the 2014 murder of Eric Garner. It’s both powerful and heartbreaking. This was the first time I’d really paid attention to the lyrics of the song, guilty as usual of blindly singing along with the chorus until now. END_OF_DOCUMENT_TOKEN_TO_BE_REPLACED 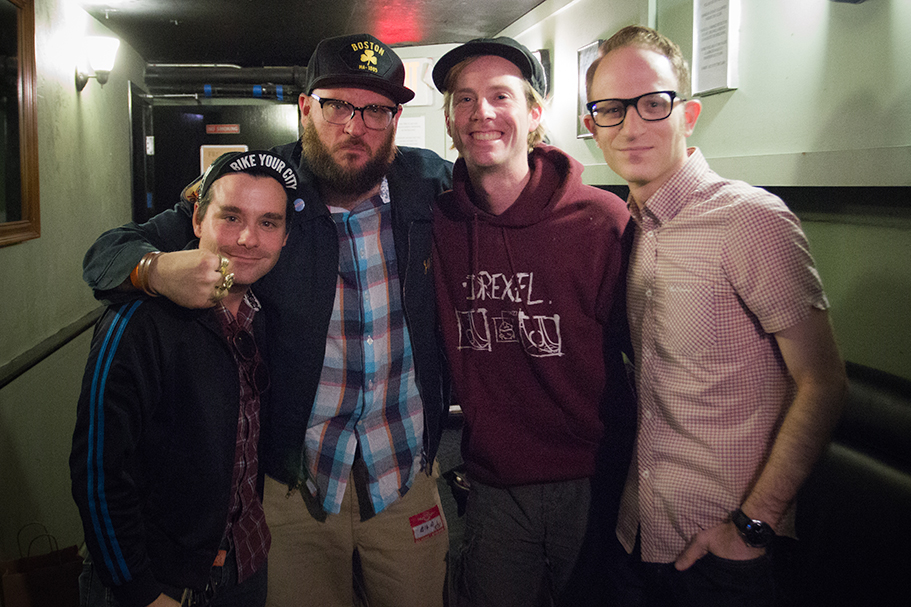 New York was pretty good to me. I played some really great shows with some really great bands to include some of my heroes and influences. But, Boston is giving NYC a run for its money. This past weekend I got to interview Boston ska/punk legends Big D and the Kids Table. This was a band I used to open for on a fairly regular basis between ’03 and ’06 while playing in my CT-based ska/punk band Tap Out.

This past Saturday was a reunion of sorts. They played their 1999 record “Good Luck” start to finish and welcomed back to the stage quite a few past members. I ran into new and old friends which just added to the reunion vibe. I had the good luck (pun way intended) of talking to them before their set. They were just the nicest guys and we had a really great chat about the band, their history, the story behind the reunion, and what was next for the band. END_OF_DOCUMENT_TOKEN_TO_BE_REPLACED

One of the many reasons I continue to see live music as often as I can is the possibility that something out of the ordinary will happen at the particular show I attend. While there will always be the bands that perform a song exactly as it was recorded, I love seeing how bands put new spins on their music live, how new musicians in bands perform, or how a particular audience will react on a particular night. END_OF_DOCUMENT_TOKEN_TO_BE_REPLACED

In the early 2000s, I was a student at UConn in Storrs, CT. I had been spoiled by the ska and punk scene in the New Haven area where I’d grown up. Thankfully, there was CT Ska Productions putting together hall shows and the occasional ska show at the Webster in Hartford to keep me entertained. But, I soon discovered that Boston was less than an hour and a half away. Touring acts sometimes came through New Haven or Hartford, but they definitely stopped in Boston. Suddenly, I had new options for shows.

I was also in the habit of arriving as early as I could for shows to catch the openers. The internet was still in its youth, so you had to rely on opening acts and compilations for the discovery of new acts. The only challenge was finding out what shows were happening. I didn’t exactly have access to the newspapers and other publications with venue listings. I was reliant on word of mouth, message boards, and the website Bostonska.com. It did a great job of listing active bands, upcoming gigs, and venues likely to host a ska show. I was hooked. But this was before social media and rss feeds. I had to check all of these websites regularly and religiously to stay on top of upcoming shows.  The shows were always high energy and well attended–at least that’s how choose romanticize it now.

Read the rest of this blog post at Boston Ska (dot) net. I discuss the site’s creation, traffic, and long term goals.

The title “Love Letters” conjures  up images and ideas of a romantic time and space. When was the last time you put pen to paper to express your love, going through through six drafts before you got the words just right? Sure those moments being lovestruck were exhausting in their own right, but they were inherently fun. There’s a special kind of perseverant energy that goes into that kind of love. The kind we need because we’re all so jaded. That’s the aesthetic of this record, the first full length from solo artist Sammy Kay released October 29, 2013.

Continue reading this review at Boston Ska (dot) net. This is my first attempt at an album review.